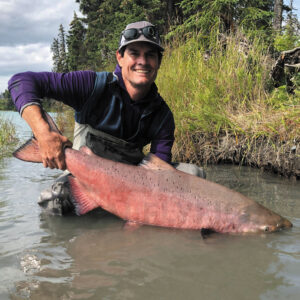 Kenai River king salmon (also known as chinook salmon) is an anadromous species and the largest species of Pacific salmon. King salmon start entering the Kenai River around the last week of May and run through the end of July. The first run starts ends at the end of June. The optimal escapement goal being 3,900 – 6,600 fish. The second run is the largest and runs through the month of July. With the optimal escapement goal being 15,000 – 30,000. For additional information on accurate king counts, please click on the link below. These Kenai River kings are know for being some of the largest in the world. The world record king salmon was caught by Les Anderson on May 17th, 1985 and weighed 97.25lbs! For the full story on Les Andersons catch, click on the link below. Make sure to ask me about the current rules and regulations for kings, as they tend to change frequently.

If you plan on fishing for king salmon on the Kenai River you will be fishing the lower Kenai. The lower Kenai is closest to the town of Soldotna. Depending on the tides and how the fishing has been, I will go over what boat launch we will be meeting at in the morning. The regulations on the Kenai state that we can only fish (from a boat) from 6am-6pm. With fishing being best in the morning, most likely we will be departing at the discussed boat launch at 5:30am. Make sure to give yourself enough time so we don’t miss the morning bite! All you will need to bring is: food, drinks, rain gear, camera, and fishing license. You will not need waders, but rubber boots are recommended. Make sure to purchase a king salmon stamp in addition to your license.

If you plan on taking fish home, be sure to have a cooler in your car. For purchasing ice, there is a gas station nearby, and I will direct you to one of the many fish processors. Here is a link to the available fish processors to get an idea on pricing. 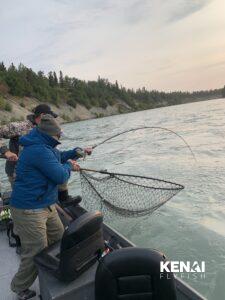 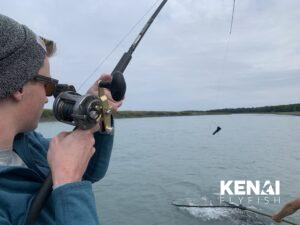 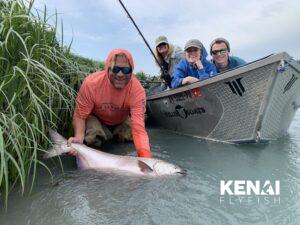 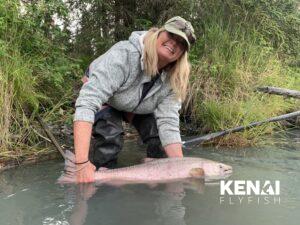 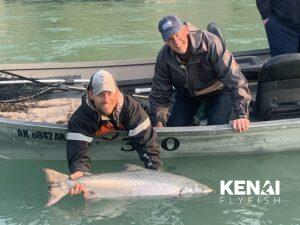